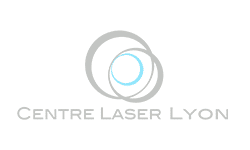 Vascular lesions are often benign but can be found on exposed areas of the body. They result in the appearance of a disorder of the blood capillary network that causes redness on the surface of the skin. These can be found on the face as well as on other parts of the body.

They are often known by the following names:

Often unsightly, they can be annoying for the patient. With the latest generation of vascular lasers, it is now possible to permanently get rid of them and without the risk of scarring.

Centre Laser Lyon has the latest generation of vascular lasers to treat these lesions in the best conditions. These lasers emit a beam of light that is converted into heat to target and destroy the blood vessels responsible for these lesions. This technique is effective in only a few sessions, is safe and non-invasive. The technology platform consists of a Vbeam Perfecta pulsed dye laser from Candela© and three Nd: YAG lasers from Cynosure© which are vascular lasers mainly used in dermatology.

These vascular lesions respond well to laser treatment as shown in the photographs of patients below.

For more information, you can consult the medical information found on the site or make an appointment for a free estimate with a doctor from our medical team whether it is laser-treating an angioma, erythrose-rosacea, telangiectasia or spider veins.